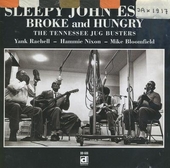 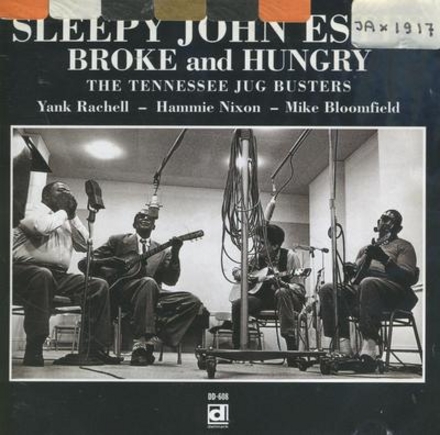 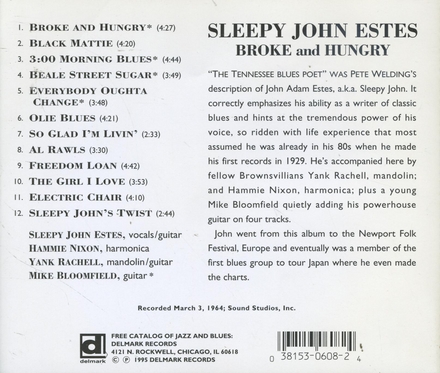 John Adam Estes (January 25, 1899 or 1900 – June 5, 1977), known as Sleepy John Estes, was an American blues guitarist, songwriter and vocalist. His music influenced such artists as The Beatles, Bob Dylan and Led Zeppelin.

Estes was born in Ripley, Tennessee, either in 1899 (the date on his gravestone) or 1900 (the date on his World War I draft card). In 1915, his father, a sharecropper who played guitar, moved the family to Brownsville, Tennessee. Not long after, Estes lost the sight in his right eye when a friend threw a rock at him. At the age of 19, while working as a field hand, he began to perform professionally, mostly at parties and picnics, with the accompaniment of Hammie Nixon, a harmonica player, and James "Yank" Rachell, a guitarist and mandolin player. Estes continued to work on and off with both musicians for more than fifty years. He also performed in med…Read more on Wikipedia

Work of Sleepy John Estes in the library 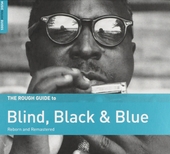